Ryan is going into his 7th year as owner of Florida Pokers Baseball. "It has been a dream of mine to be able to run such a prestigious summer baseball organization such as the Pokers for some time now. I get great satisfaction from seeing players achieve their dreams of playing at the next level and that will be the primary focus of this organization going forward. I look forward to working with all of our players and families as we will work tirelessly to ensure that all of our players are given every opportunity to be successful both now and in the future."

Coach Combs served several years as a HS head coach as well as assistant coach in Indiana before moving on to coach at the junior college level, at Frank Phillips College in Texas. After leading FPC to a national ranking as hitting coach Ryan then moved on to Webber International University where he held the position of pitching coach for two years.

Ryan is currently the Athletic Director at Somerset Academy Key and previously served three years as Varsity Baseball Coach at Pompano Beach High School. This will be Ryan's seventh season coaching for the Pokers after coaching the previous season for the Florida Bombers.

Coach Combs has also served as a scout for Perfect Game USA, providing him the training necessary to be an excellent talent evaluator, which will be invaluable in keeping the Florida Pokers as one of the top summer baseball organizations in the country.

Coach Aguilar is going into his 4th year as a Head Baseball Coach for the Florida Pokers Baseball. "It has been a true pleasure to work under such a prestigious organization where I can help showcase elite Baseball players and help them throughout their high school career. It’s truly a great feeling, as a coach, to witness a baseball player develop and reach their dream of playing collegiate baseball. I look forward to working with all of our baseball players and families.”

Manny earned his Master’s Degree in Sports and Fitness Management with a minor in Education and has a Bachelor’s degree in Sports Management. Coach Aguilar played 2 years collegiate baseball in New Jersey City University and played 4 years High School baseball at South Miami High as a catcher.

Coach Aguilar has also served as an intern/volunteer at FIU under Turtle Thomas for 2 years. Coach Aguilar currently resides in Plantation, FL. 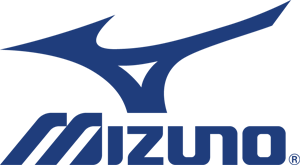